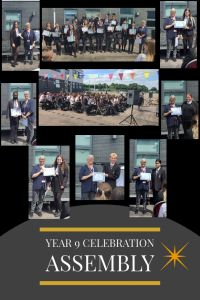 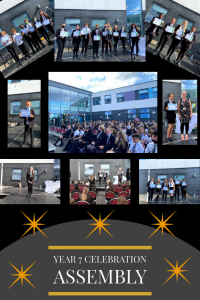 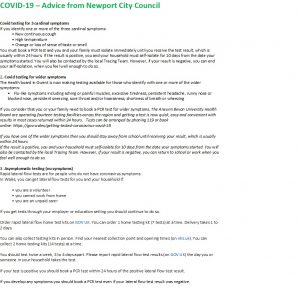 On Tuesday 23rd March Poppy Stowell-Evans, Rosie Trueman, Ralph Timermanis, Shiraz Mohammed-Ali, Maham Aziz, Maida Aziz and Katie Gabica represented Llanwern at the WCIA Mock Conference of Parties. In this event our pupils worked in teams to represent countries in a model UN format to discuss climate change and agree on resolutions. Our teams worked with delegations from other schools to amend resolutions to meet their country’s needs. Llanwern represented Botswana (Poppy and Rosie), Pakistan (Maham and Shiraz) and Spain (Ralph, Katie and Maida) and to do this they needed to complete an incredible amount of research in advance and give opening statements regarding their country’s position on climate change. They negotiated with other schools and on the day all resolutions were passed with amendments. Poppy and Maham are also Youth Climate Ambassadors for Wales and were responsible for helping to draft the resolutions. 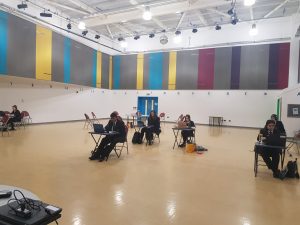 Well done to all.

Please find below the latest letter from Qualification Wales. 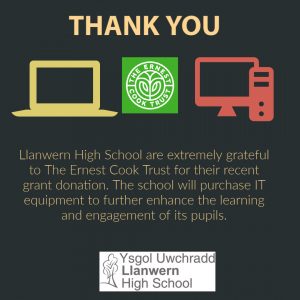 Please click here for the most recent letter from the Headteacher regarding the return to school on the 15th March. 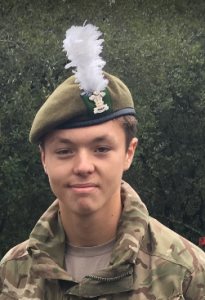 Her Majesty’s Lord-Lieutenant of Gwent, Brigadier Robert Aitken CBE has paid tribute to the work of all of the Armed Forces who are currently supporting civil powers during the coronavirus crisis.

Speaking at his first ever virtual award ceremony Brigadier Aitken also praised the work of the Cadet Forces saying they provided an opportunity for teenagers to take risks in a safe and secure environment.

“We have got here in Gwent and throughout the whole of Wales regular members of the Royal Navy, of the Army and the Royal Air Force serving in testing centres and vaccination centres and doing a huge amount to raise the reputation of the armed forces for quiet efficiency behind the scenes,” said Brigadier Aitken.

“And of course our reservists have played a part in that as well. We have reservists working in ops rooms, driving ambulances, deep cleaning ambulances as well as helping in vaccination centres and testing centres. You are doing a fantastic job by stepping up to the plate when you are most needed.”

Turning to the Cadet Forces, the Brigadier thanked the Cadet Force Adult Volunteers and civilians who gave up their free time to support the organisation.

“What a wonderful organisation we have with our sea cadets, our army cadets, our air cadets and our combined cadet force cadets. These are organisations that provide an opportunity for teenagers to take risks in a safe and secure environment.

“They instil values into our young people which many of us today sometimes think are lacking in society – things like discipline, punctuality, being neat and tidy and working together in teams – these are the very essence of what the cadet forces do.

“So to all of you that make that happen – to the adult volunteers, to the support staff and to the parents and guardians and teachers who make this possible thank you very much for what you are doing – not for Defence, not for the Armed Forces but for society as a whole.”

They were appointed by Brigadier Atkins at a virtual ceremony attended by 100 people, held on Thursday, February 18.

The role which lasts for a year includes attendance with the Brigadier, who acts as the Queen’s representative, at a number of official engagements such as Remembrance events, Royal visits and parades.

Cadet Warrant Officer Piotr Dabski of 227 (Blackwood) Squadron who hopes to join the RAF, has achieved his Gold Duke of Edinburgh award and travelled to Ghana to help build a junior high school.

Cadet Flight Sergeant Katie Mavroudis-Stephens of 2353 (Ystrad Mynach) Squadron and who attends Cardiff and Vale College has been ‘a tower of strength’ to all cadets during the pandemic, ensuring each of them has a support mechanism in place to help with their mental wellbeing. Her career highlights include attending the Royal International Air Tattoo and Aerospace camps in the UK as well as overseas training in Cyprus, Belgium, France and Italy.

While Cadet Sergeant Max Pullen and Cadet Lance Corporal Edward Nock of Llanwern CCF and Monmouth CCF respectively are the first Combined Cadet Force cadets to have been appointed to the role of Lord-Lieutenant cadet by the current Lord Lieutenant.

While Cadet Lance Corporal Edward Nock is described as a most capable young man who actively engages with CFF training every week and regularly volunteers to help out where he can.

He is currently studying A-levels at Monmouth School for Boys and hopes to either read engineering at university and then join the Army post-degree, or simply direct his efforts immediately at Sandhurst or the Royal Marines.

They will follow in the footsteps of Able Cadet Alex Husselbee from Cwmbran of Torfaen Sea Cadet Corps; Cadet Staff Major Daniel Williams from Newport of Gwent and Powys Army Cadet Force; Cadet Sergeant Connor Porter from Abercarn, of No 1 Welsh Wing RAF Air Cadets and Cadet Flight Sergeant Jack Wilson from Ystrad Mynach also of No 1 Welsh Wing RAF Air Cadets who were awarded the Lord-Lieutenant’s Certificate and Badge for being the 2020 representatives.

Four people were recognised for their outstanding service and devotion to duty and awarded the Lord-Lieutenant’s Certificate of Merit.

There are over 4,400 Cadets in Wales who gain skills and qualifications through working with local communities, charities and taking part in a variety of practical activities. The cadet syllabus is delivered by hundreds of volunteering adult instructors and civilian assistants, who give up their spare time on weeknights and weekends.

The virtual awards event was organised and broadcast by the Reserve Forces’ and Cadets’ Association (RFCA) for Wales – an organisation that has supported the Armed Forces for over 100 years. To learn more visit www.Wales-RFCA.org 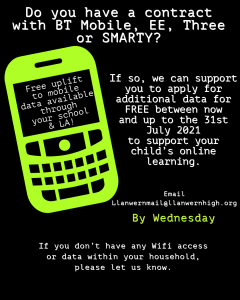